Blues were held at Alexandra Stadium, as Aaron Drinan scored his first goal for the Club.

Charlie Kirk had put the Railwaymen ahead in the second-half, before Drinan scrambled the ball home for Town's leveller with 15 minutes remaining.

Teddy Bishop was sent-off late on in the second-half for Blues for a second bookable offence.

Paul Lambert made three changes from Tuesday’s defeat to Sunderland with Myles Kenlock, Alan Judge and Freddie Sears named from the start.

Blues made a bright start to the game, and on 10 minutes Kenlock beat Billy Jones and delivered a low cross that was turned behind for a corner. From the resultant Dozzell corner, Mikael Mandron’s defensive header whistled wide of the post.

Town’s pressure in the Crewe half continued. This time it was on the right flank, as Luke Thomas’ low strike was saved at the near post by Dave Richards. Richards was called into action again, as Gwion Edwards drove infield with the ball and let fly from 25-yards out, but the Crewe ‘keeper produced a smart stop.

Crewe had their first foray forwards and almost got their noses in front. Luke Murphy appeared to lay the ball on a plate for Mandron, but just as the forward was about to pull the trigger, Kenlock stepped in with a superb tackle.

The hosts had the ball in the back of net just after the half-hour through Kirk, but it was ruled out with the wide man creeping offside and the sides went into the break goalless.

Crewe took the lead just before the hour mark in the game. The ball broke to Murphy who slid in Kirk and he curled his effort beyond Tomas Holy.

Town turned to the bench in search of a way back into the contest as James Norwood and Bishop replaced Thomas and Sears respectively.

Norwood almost got Town back on terms instantly after Judge got the byline and squared the ball across the six-yard box, but Omar Beckles turned behind to prevent what would’ve been an open goal for the Town forward.

Edwards made way for Drinan with 15 minutes remaining, and the Town forward equalised for Blues with his second touch of the game, bundling home from close-range to grab his first goal for the Club. Town were looking the more likely to find a winner in the closing stages, but their hopes were dashed with seven minutes remaining as Bishop picked up his second yellow.

The Alex pushed for a winner with their man advantage, but the spoils were shared. 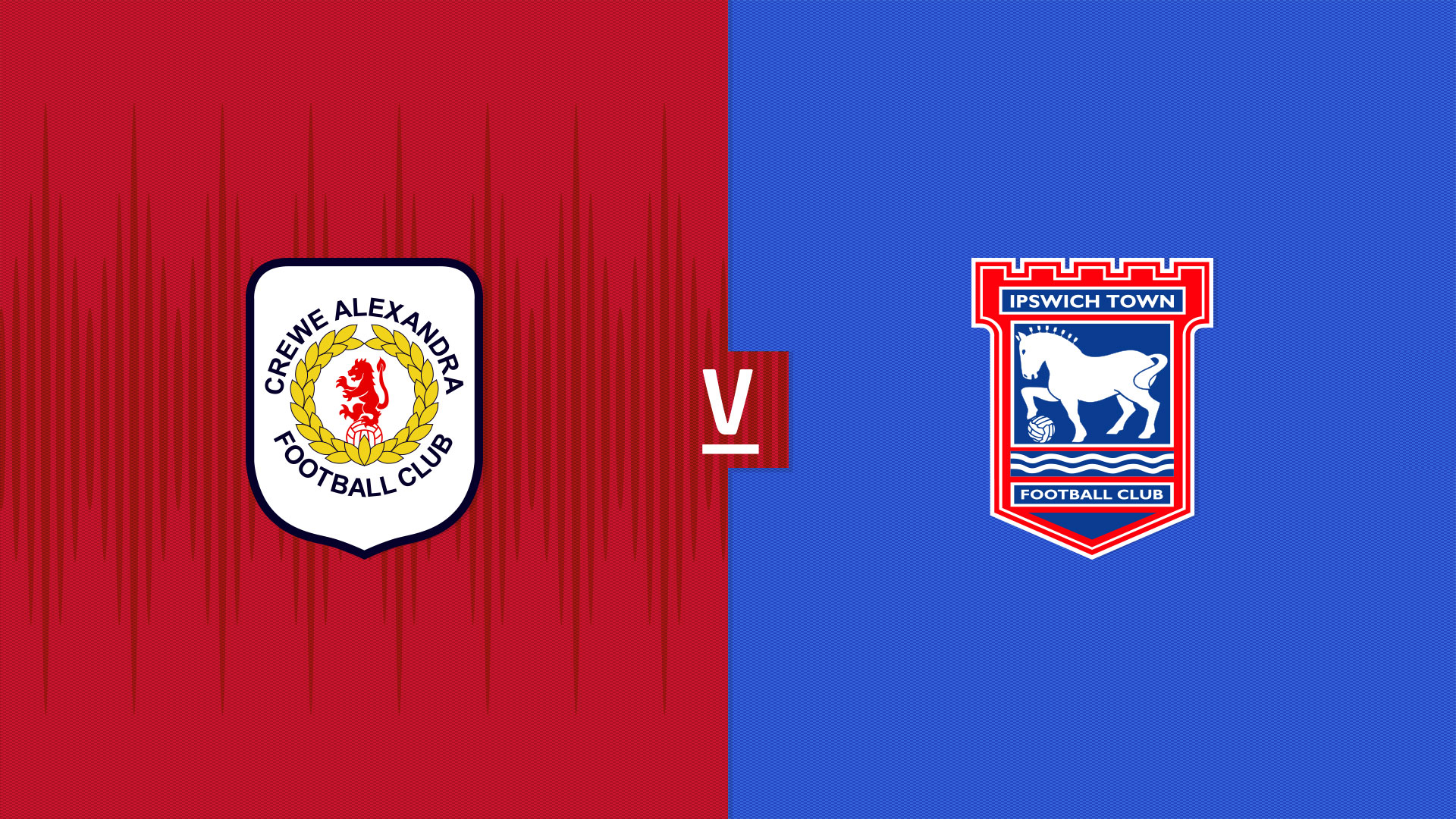 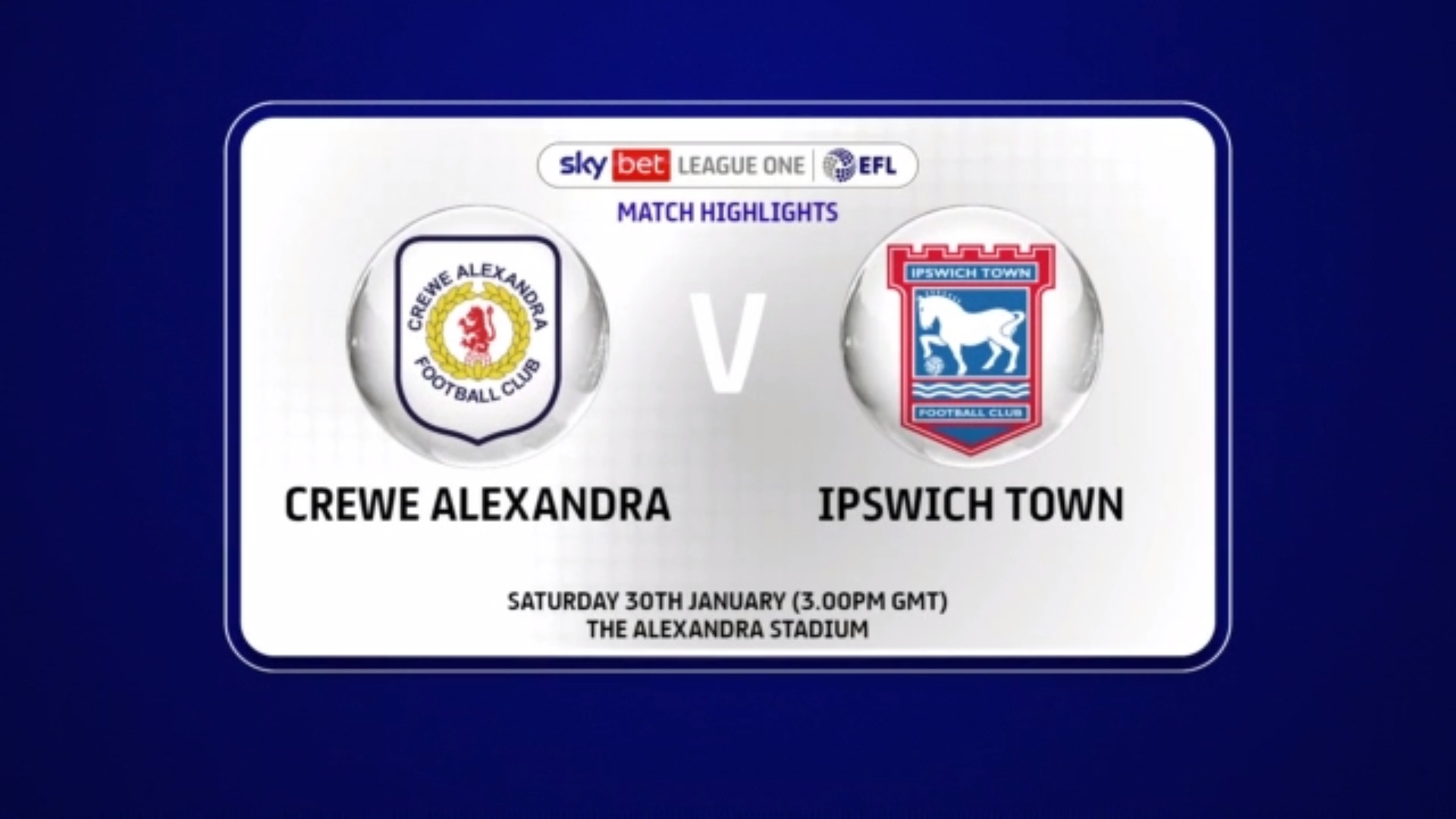 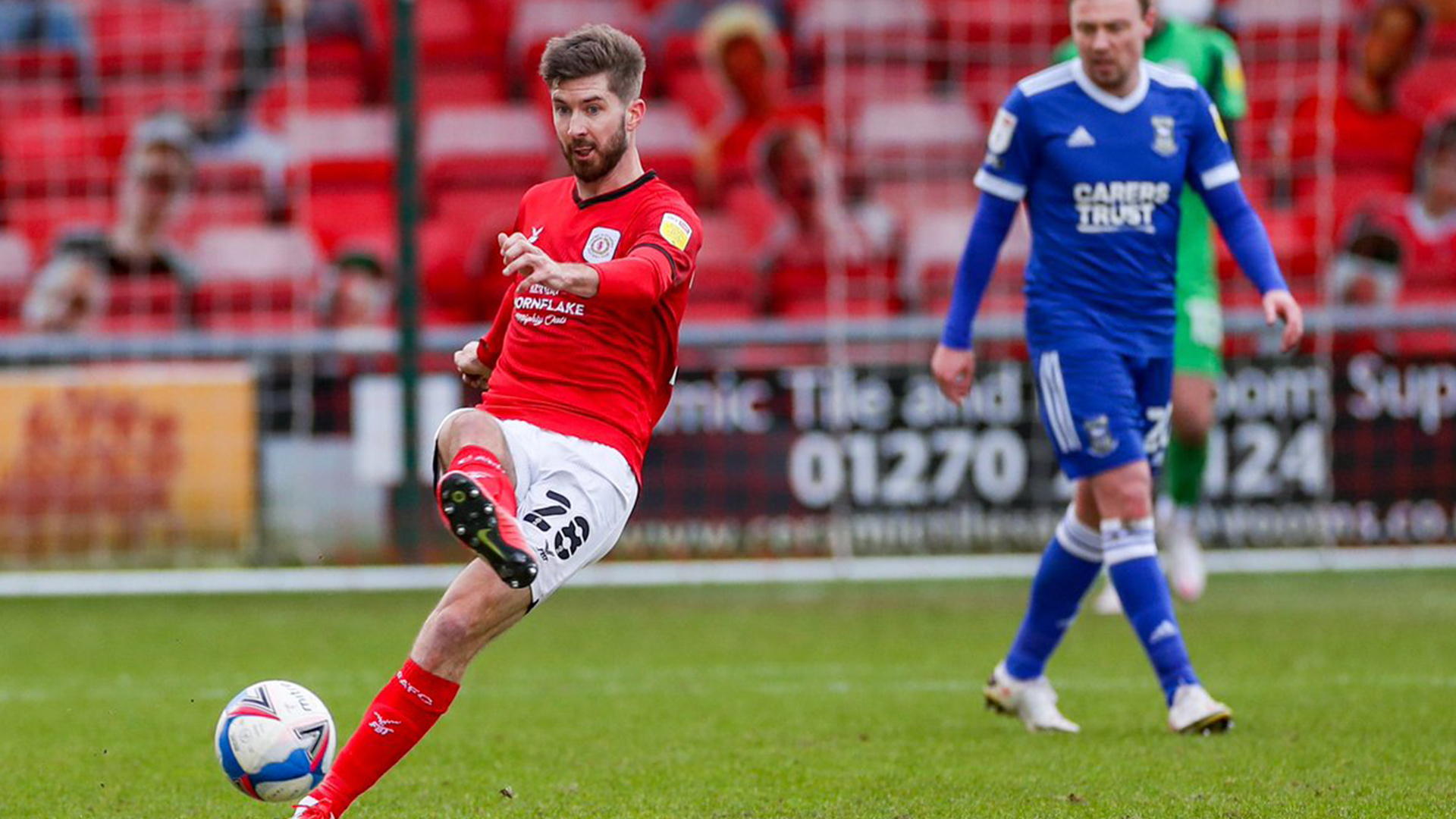