Watch The Preview below

Former Town midfielder, Darren Ambrose is today's guest on The Preview as we look ahead to Blues' clash on the south coast with Portsmouth.

The former Blues Academy graduate, looks at the key battles between Town and Pompey, who announced Danny Cowley as their new manager yesterday evening.

Action gets under way at an earlier time of 1pm at Fratton Park this afternoon - to purchase your £10 match pass, please click here. Pompey came from behind to defeat Blues at Fratton Park this afternoon.

James Norwood netted in the first half to give Town a deserved lead. Pompey skipper Tom Naylor equalised before the break.

The hosts’ turnaround was complete after the restart when Marcus Harness slotted home.

Newly appointed Pompey boss Danny Cowley was in the Fratton Park dugout for the first time this afternoon.

Blues had the first opening of the game with Norwood heading into the side netting from Gwion Edwards’ cross.

Bennetts then drove forward with the ball and was fouled by Jack Whatmough 25 yards out from goal with the Portsmouth centre-back picking up a caution. Alan Judge took the resultant free-kick which was curling into the far corner but for Craig MacGillivray to tip round the post.

Town were looking the more likely to get their noses in front. On the half hour mark, Bishop slipped in Norwood who tried to find Bennetts but MacGillivray came out to smother the ball.

Blues took the lead deservedly on 32 minutes. Edwards ran at the Pompey backline and fed the ball into space for Norwood to run onto and he finished well into the bottom corner from just inside the area. Pompey were level on 41 minutes through Naylor, who headed in from close-range from an inswinging Ronan Curtis’ corner.

The hosts almost had a quickfire double as Jordy Hiwula laid the ball off to Curtis 20 yards out, but he couldn’t keep his curling effort on target.

The contest was evening out and Pompey had the first chance of note after the restart. Neat interchange between Ryan Williams and Hiwula led to the former seeing his well struck effort from just outside the area narrowly evade Tomas Holy’s far post.

On the hour mark, Paul Cook turned to his bench and brought Armando Dobra on for Bennetts.

Portsmouth completed the turnaround on 72 minutes. The ball travelled across the width of the area to Harness whose initial shot was blocked, before the Pompey wideman buried the rebound. Town made a double change to try and get on terms with Vincent-Young and Jackson entering the fray. Parrott was also thrown on with two minutes of the 90 remaining, but the hosts edged out Town to claim the victory. 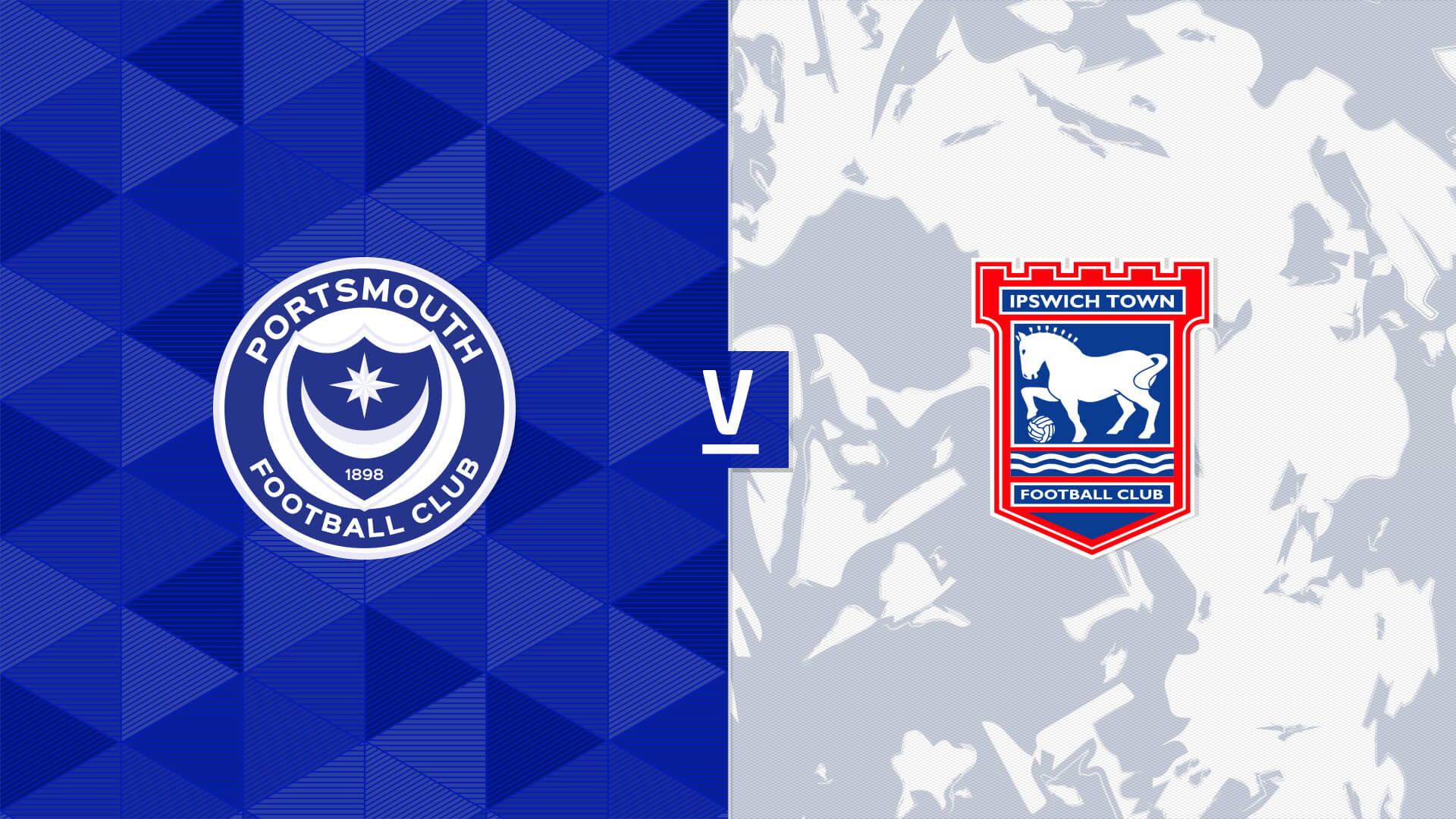 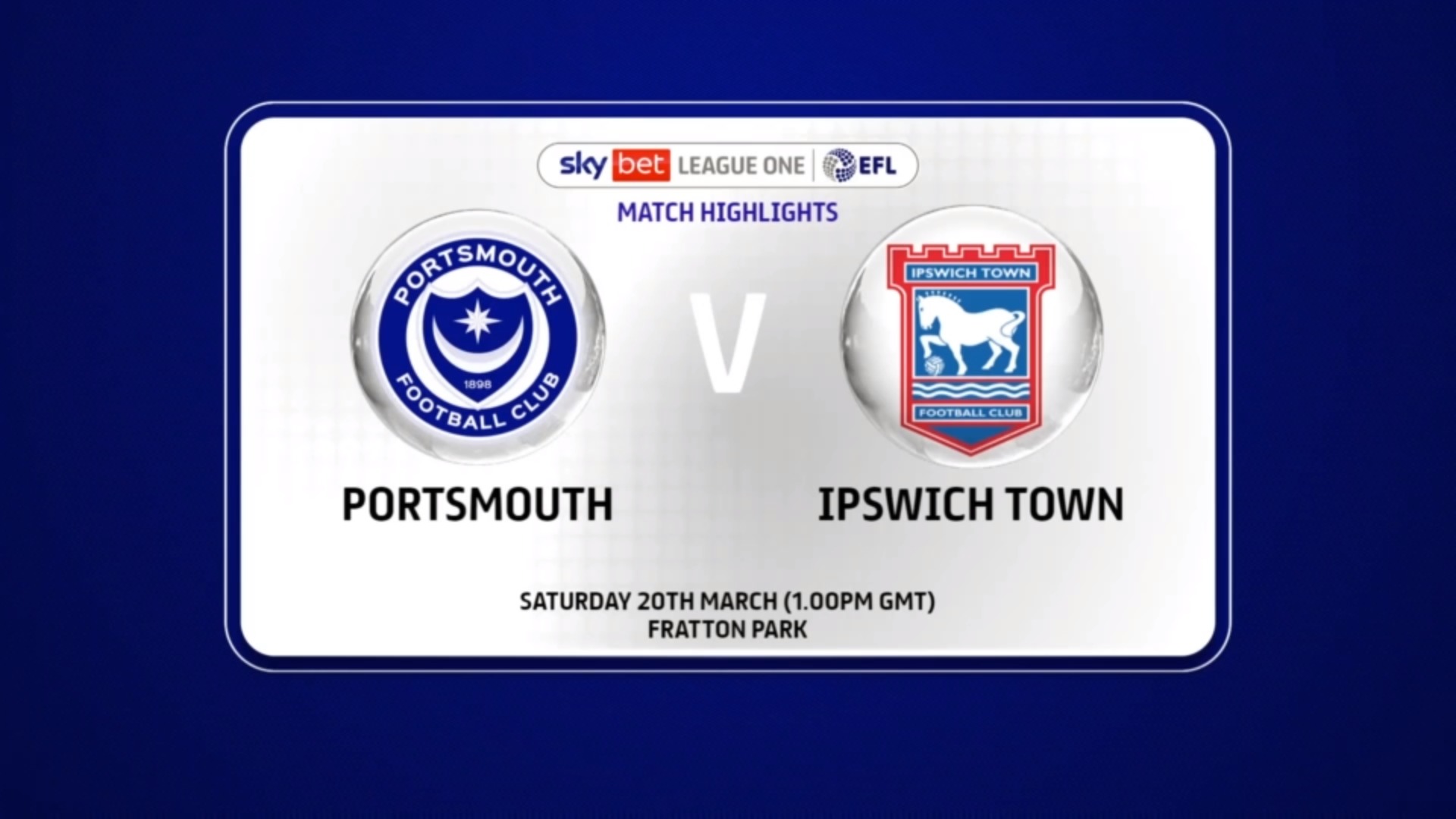 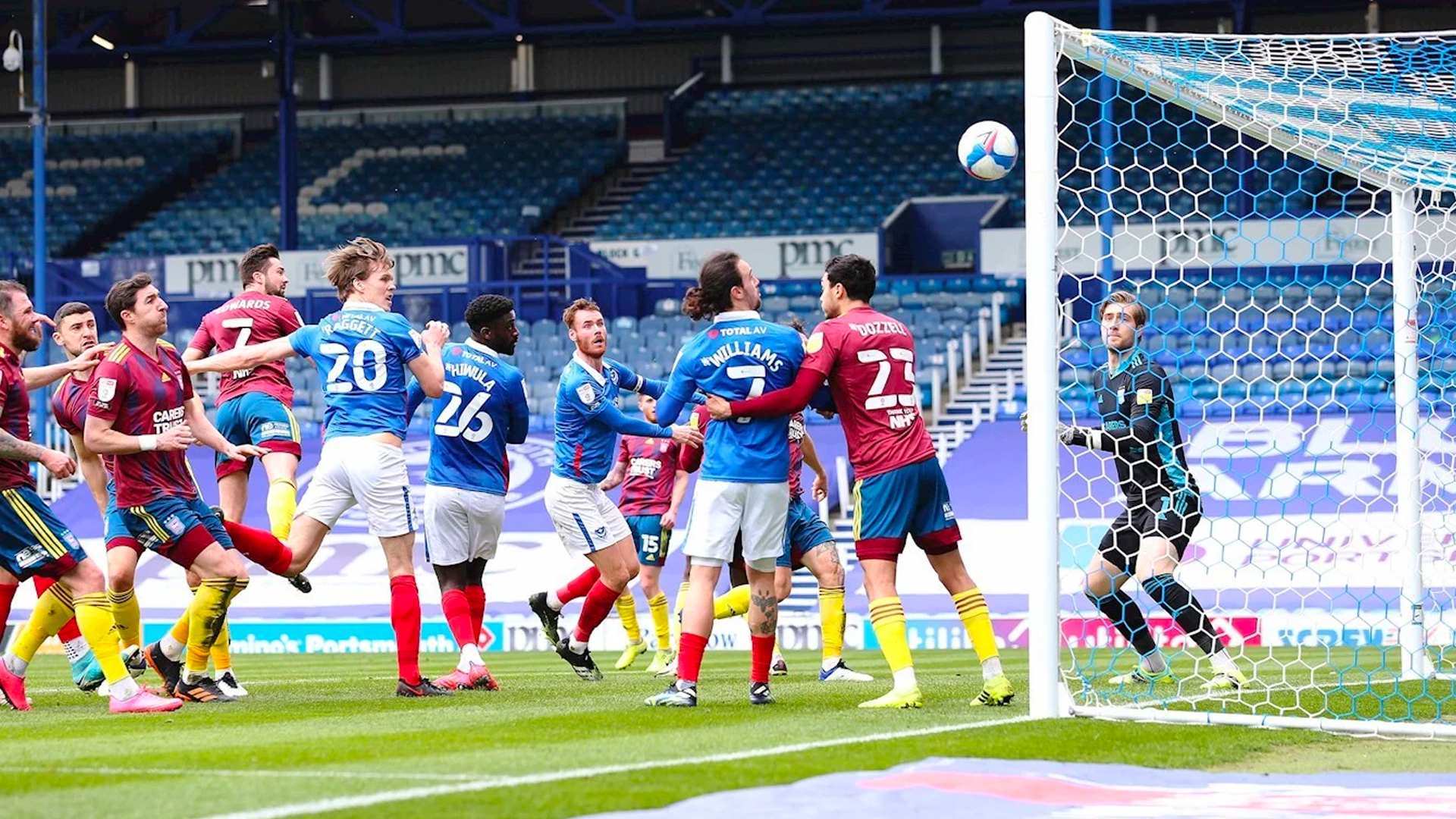